My takeaway from the 18th annual MLK Jr. corporate breakfast 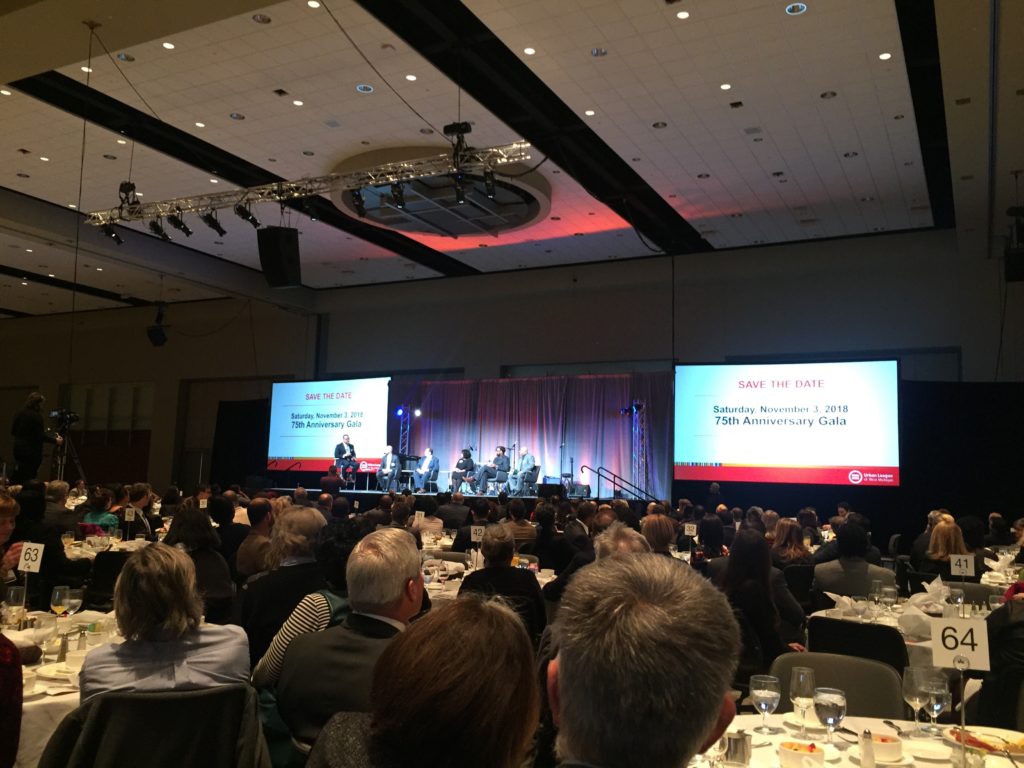 Our Grand Rapids office team had the pleasure of joining hundreds of community members at DeVos Place on Monday, January 15 for the 18th annual corporate breakfast in honor of Dr. Martin Luther King, Jr. The event was organized by the Urban League of West Michigan, an organization committed to empowering African Americans and other minorities with the means to achieve economic self-reliance, parity and civil rights.

The theme of this year’s event was, “the time is always right, to do what is right,” a famous quote from the civil rights activist. Not only did we join other community leaders in honoring the legacy of Dr. King, but we also celebrated the diversity that exists right here in West Michigan.

For me, the most impactful moment came during the fireside chat. Five community leaders took the stage to answer questions about some of the most pressing issues in employment and economics, housing and community development, education, health and racial equity.

Dr. David Pilgrim, the Vice President for Diversity and Inclusion at Ferris State University, spoke about racial equity. Dr. Pilgrim is also the founder and curator of the Jim Crow Museum located on Ferris State’s campus, which hosts over 12,000 pieces of racist memorabilia. The museum’s goal is to teach visitors tolerance by using real life examples of intolerance.

During his speech, Dr. Pilgrim recounted a story about an important moment that happened early in his life. He was attending elementary school in Mobile, Alabama when his teacher took out a small black and white television so the class could watch Dr. King’s funeral. As the students sat silently in a semi-circle around the television, his teacher challenged the class to “prepare yourself, because there will come a time when you, too, will need to champion social justice.”

Just as his teacher did nearly fifty years ago, Dr. Pilgrim concluded his remarks by quoting his elementary school teacher and challenging all of us in the room to engage in more than just conversations about racial equality; we need to act to drive change in our society.

Listening to Dr. Pilgrim speak was inspiring. As someone who was not alive at the time of Dr. Martin Luther King, Jr.’s death, I can only imagine the impact that moment had on Dr. Pilgrim, his classmates and the rest of the world. Thankfully, society has leaders like Dr. Pilgrim who are inspiring people like me in the same way Dr. King inspired millions of others.

Thank you to the Urban League of West Michigan for hosting this educational and empowering event for the community.