What PR professionals can learn from journalists 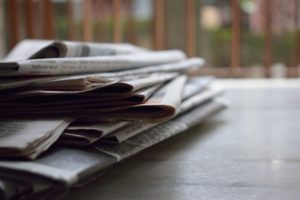 Want to know when you need public relations advice? Ask a journalist.

After a three-decade career in media, including 25 years covering the White House and national political campaigns, I transitioned to the other side of the communications wall in April. I brought with me a lifetime of memories about public officials – politicians, CEOs, and other supposedly smart and powerful people – who were not wise enough to realize they needed PR help.

They made the same mistakes.

Rapid response: More than ever, news gathering is a fast-moving art performed by overworked and ill-supported professionals who don’t have the time or patience for spin. Give them the truth, give it to them fast, and give it to them in form that is easily digestible. I covered a police department years ago that dragged its feet on my request for arrest records, giving me one lame excuse after another. The police chief lost his chance to work with me once the local Mothers Against Drunk Driving chapter became my source for the records. He also lost my trust.

Wrong answer: There is an adage in public relations: Don’t answer the question the reporter is posing, answer the question you wish you were asked. George W. Bush once made the mistake of answering my question: Do you trust Vladimir Putin? Instead of pivoting from my query – a trap laid at a Russian new conference with Putin at his side – and responding with a banal talking point about the importance of US-Russian relations, Bush said he looked into Putin’s soul and saw a man he could trust. He was mocked. It was a silly answer. Bush later told me the question caught him off guard and he tried too hard to answer it directly. “You got me, Fournier,” he grinned.

Tell the truth slowly: Mike McCurry, the respected former press secretary for Bill Clinton during the impeachment scandal, famously said his strategy involved “telling the truth slowly.” It’s a cute line, but it’s often a horrible strategy. Too many public figures and institutions magnify a public relations crisis by dribbling out the facts, filling hundreds of news cycles with information that could be burrowed into a few. We saw this happen at Michigan State University. What if President Lou Anna Simon and her team had reacted to the earliest word of the Larry Nassar abuses with a high-profile independent investigation, a public release of the findings, followed by swift and severe punishment to any university official who didn’t put the safety of women ahead of the institution’s image? She might still be in charge. The university’s image would be in better shape.

Understand the ground rules: Reporters are not priests. Their job isn’t to hear private confessions under the cloak of “off the record.” Their job is to report what they learn and, whenever possible, tell readers where they got their information. Therefore, you should assume you are “on the record,” and will be quoted by name, unless a reporter agrees in advance to a different set of ground rules. During the 2004 campaign, Democratic candidate John Kerry wandered to the back of his plane to make small talk with his press corps. I set down my beer and started writing in my notebook. “This is off the record,” Kerry said. “Sorry, sir,” I replied. “It’s not.” He spun on his heels and walked back to his private cabin.

Relationships matter: Kerry should have stayed and talked. It helps to get to know the people who cover you and for them to get to know you. Relationships with the media don’t guarantee favorable coverage – nothing does – but relationships can earn you the benefit of the doubt, which is gold in this game.

Ron Fournier, a 25-year veteran of journalism in Washington DC and Detroit, is president of Truscott Rossman and can be reached at rfournier@truscottrossman.com.