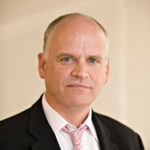 As a reporter, I lived and worked by the maxim that no story was big enough to burn the smallest relationship. Whenever the opportunity arose to break a story by taking an ethical shortcut – breaking my word to a source, for example, or hedging the truth – I took the long view: I’d rather lose a story today than lose a relationship for all the tomorrows.

Many of my sources were public relations professionals. Now that I’m working on the PR side of the information fence, the rule still applies.

What got me thinking about this was a Twitter thread posted by Jeremy Barr of the Hollywood Reporter. He described contacting Carly from Fox News’ public relations department to ask her about a $601.71 donation made by FOX personality Brian Kilmeade to the Trump campaign on Jan. 20, 2017. “Fox News took the weekend to investigate the donation,” he tweeted, “and on Monday I spoke with Carly for 15 minutes off-the-record, during which she explained the genesis of the donation: Kilmeade bought Trump Christmas ornaments, not realizing they’d count as contributions.”

The following day, Barr emailed her and let her know that he would be writing a story on the Kilmeade donation. He asked for an on-the-record statement or background details to use, so that his story donation would appear in context and would be fair to him.

She did not respond. But, less than five hours later, The Hill published a story about the donation. It included an exclusive interview with Kilmeade.

I can’t prove that FOX leaked the story to The Hill for strategic purposes, but there is circumstantial evidence. First, The Hill is consistently sympathetic to the Trump White House. Second, the donation had gone unreported for more than 18 months; for it to appear so neatly in The Hill a few days after Barr’s call to FOX is either a miraculous coincidence of epic proportions, or a plant.

My gut says FOX packaged the story and handed it to The Hill because they’d rather deal with a sympathetic outlet than a skeptical one. It happened to me as a reporter and I get it. In the short term, duck-and-dish is a cute little tactic; you can almost see the PR kids at FOX high-fiving each other.

But they burned a reporter, somebody who sniffed out the story and did the right thing by calling for comment. The right thing in return is to cooperate.

Somebody needs to tell the PR team at FOX that no story is big enough to burn the smallest relationship.