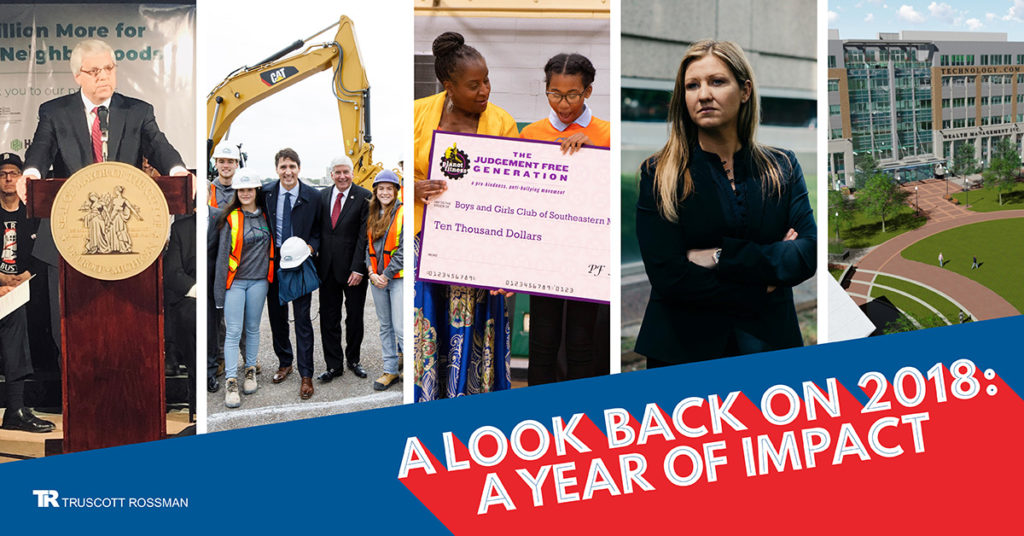 Cliché? Yes, but it is the simplest phrase to express our 2018. At Truscott Rossman, we strive to always deliver lasting and impactful results for our clients. We appreciate them trusting us when they are in crisis or with their important media relations projects, internal communications, digital content and events.

As we close out yet another successful year, we want to give a shout out to all the clients we had the privilege to work with and share some Top Client Highlights of 2018:

Recreational marijuana is legal in Michigan and Truscott Rossman led the communications campaign to get it done. In the face of significant opposition, Truscott Rossman successfully led the charge to educate Michigan voters about the value of a strongly regulated cannabis industry. Our team’s effort, led by CEO John Truscott and Executive Vice President Josh Hovey, resulted in 56 percent of Michigan voters saying Yes to Proposal 1 on Election Day. 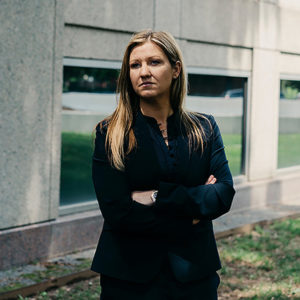 From the front page of the New York Times business section, Mary Buchzeiger announced to the country that she was: “Scared that my president is about to make a terrible mistake.” Mary’s company Lucerne International, an Auburn Hills auto supply firm, was facing a death sentence when the Trump administration targeted its main product for a 25 percent tariff. With Truscott Rossman’s help, Mary spread her story across the country with op-eds and interviews in outlets like NPR, the Wall Street Journal, and CNN, while also garnering extensive local coverage. Our team also accompanied Mary to Washington to provide testimony to the Office of the U.S. Trade Representative and conduct outreach to Congress. In the end, Lucerne was removed from the final list of 232 tariffs; however, Mary’s fight continues as the ongoing trade war heats up between the U.S. and China.

The area’s Best Managed Non-Profit, according to Crain’s Detroit Business, is leading an innovative approach to early-childhood education in Detroit and Michigan. Our team was proud to work alongside Starfish on its 2018 Trauma Summit, the opening of a never-before-seen, one-stop center for local families, and the launch of a unique cradle-to-career initiative in Detroit.

Van Andel Institute changed the way the world understands Parkinson’s disease with a paper published in Science detailing research that uncovered a link between the appendix and the development of Parkinson’s disease. Our team worked with VAI to promote the revolutionary work locally and nationally. That effort resulted in a coveted AP story that landed VAI’s report in media outlets across the country from national science reporter Lauran Neergaard. 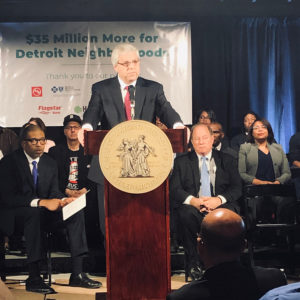 After a years-long, behind-the-scenes effort, Chemical Bank joined a group of corporate partners and Detroit Mayor Mike Duggan this December to announce a $35 million commitment to develop Detroit neighborhoods. The seeds of the partnership were planted three years ago with a drive through Detroit with Chemical Financial Corp. ­­Chairman Gary Torgow and Mayor Duggan. In addition to helping amplify the announcement, our team’s support helped tell a never-before-heard story to illuminate the prominent role that Chemical Bank played in forging the catalytic partnership.

In Flint, Skypoint Ventures is applying a new model to support entrepreneurs and innovators with its Ferris Wheel Building and 100K Ideas. Truscott Rossman worked with the team to support its rapid growth and community-focused effort, including: announcing the opening of the co-working space with nearly 40 new businesses; explaining Skypoint’s innovative entrepreneurship model, highlighting the growth in the Flint community; spreading successful entrepreneur stories; promoting unique portfolio businesses; and supporting new partnerships.

Michigan broke ground on its first new veterans home in more than a century in 2018. The effort, led by the Michigan Veterans Affairs Agency with numerous state, federal and local partners, will help modernize Michigan’s veteran health system to meet the growing needs of Michigan veterans and their families. It was a privilege for our team to support the planning, coordination, and execution of the announcement, which resulted in impactful coverage in local print and broadcast outlets. 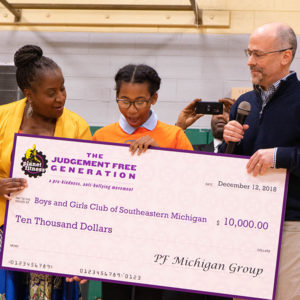 In a year of change for the Boys and Girls Clubs of Southeastern Michigan, our team worked alongside the nearly 100-year-old organization to explain a new, stronger path for the organization. That included the announcement of a new, “game-changing” President & CEO, Shawn H. Wilson, as well as new partnerships and collaborations. The year was capped off with a successful unveiling of the first Planet Fitness Judgement Free Zone® mini-gym in Michigan, housed within the Lloyd H. Diehl Boys & Girls Club in Detroit.

This year’s groundbreaking for the Gordie Howe International Bridge officially launched one of the largest, most important infrastructure projects in North America, and Truscott Rossman was on the scene. Our team helped engage key stakeholders in Michigan about the benefits of the project and what the new span across the Detroit River will mean for the Motor City, the state of Michigan and our nation, as well as international friendships and trade. 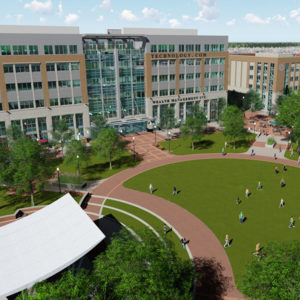 The City of Royal Oak experienced a major moment in 2018 when the Boji Group officially broke ground on the Royal Oak City Center, one of the city’s most significant developments in decades. Months after coordinating the groundbreaking event, our team worked alongside the City of Royal Oak and Henry Ford Health System to announce that HFHS, one of the nation’s leading healthcare providers, would occupy the entire building. The ROCC is just one in a long list of statewide projects that Truscott Rossman teamed up with the Boji Group to support this year.

When Michigan’s second-largest city required a new focus for its communications strategy, they turned to Truscott Rossman. Our team was proud to work alongside the City of Grand Rapids—one of our three homes—to define a strategy to help the city fortify relationships with the community and strengthen overall communications.

Just a few weeks ago, U.S. Senator Debbie Stabenow’s Lansing office received more than 1,500 toothbrushes individually signed by Michiganders. The delivery, carried out by a group of mid-Michigan seniors, was on behalf of Demand Medicare Dental, an initiative of Oral Health America to advocate for a Medicare oral health benefit for seniors. Truscott Rossman spearheaded the Michigan pilot over the last several months to raise awareness about the need for improved access to dental coverage, including assisting various stakeholder groups to spread their personal stories across the state.

And a little bit of news about the best damn PR team in Michigan:

Truscott Rossman’s work in collaboration with the Good Jobs for Michigan coalition was recognized in two big ways nationally this year:

It was clear that judges from across the country were wowed with last year’s Good Jobs for Michigan coalition and the dedicated, diverse organizations that came together to make it possible. GJFM truly demonstrated what can happen when business, labor and community leaders, along with policy makers, come and work together on behalf of our Great Lakes State. That’s the kind of work TR loves to roll up our sleeves and help make a reality.

In June, we retired one of our fearless founders, Kelly Rossman-McKinney, who could not stay retired long. Kelly is now helping lead communications for Michigan’s new Attorney General-Elect Dana Nessel.

While we were sad to see Kelly go, our new President Ron Fournier has assisted in the nearly impossible task of filling the void she left behind. Ron has brought his wide-ranging experience at Crain’s Detroit Business, The Atlantic and Associated Press Washington Bureau, and is using his skills to grow the firm and help clients achieve their goals.

Amy LeFebre, senior account executive in Truscott Rossman’s Grand Rapids office, served as President of the West Michigan chapter of the Public Relations Society of America in 2018 and helped advance the PR profession in one of our home communities.

The “PACE Maker of the Year”

Josh Hovey, Truscott Rossman’s Executive Vice President, was recognized this year as the Central Michigan Public Relations Society of America’s PACE Maker of the year. This annual award is the top individual honor given to a public relations practitioner who has made a significant contribution to the profession.

Thank you again to all Truscott Rossman clients for trusting us to help meet your goals. We can’t wait to see what kind of an impact we can make together in 2019!