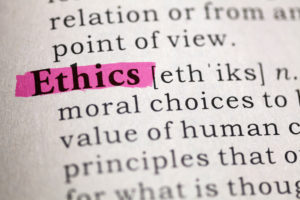 The public relations profession could use some good PR.

In November, for example, The New York Times reported that while Mark Zuckerberg was conducting a public apology tour for compromising the personal data of millions of Facebook users, his company had secretly hired a PR firm to create and spread a smear campaign designed to deceive reporters and mislead the public.

According to The Times, Facebook had, in fact, employed a Republican opposition-research firm to shift public anger toward rival companies and to discredit activist protesters, in part by linking them to liberal financier George Soros. The Times referred to the revelation as a “public relations debacle.”  Other media outlets reporting on The Times story referred to the nefarious activity as a “PR campaign.”

It’s time to push the reset button on the definition of PR.

The Public Relations Society of America defines public relations as a strategic communication process that builds mutually beneficial relationships between organizations and their publics.

The trade organization further explains that, at its core, public relations is about influencing, engaging and building a relationship with key stakeholders across a myriad of platforms in order to shape and frame the public perception of an organization.

The vast majority of public relations professionals I’ve had the opportunity to work with understand and operate within this norm.

Those who don’t, perpetuate the stereotype. I suspect this happens because it can be difficult to convince your boss or your client to be transparent when they’re facing a crisis and are fearful of public backlash. But lying is never a good strategy.

We see this play out on a national scale almost daily as the battle for public opinion rages on Twitter, and truth is the bloodied casualty.

But it happens in our own communities, as well. It struck me as I watched a recent local news report about a sensitive public sector issue. One thing was clear from the way the spokesperson dodged questions and offered a rote one-line response: the organization didn’t want the public to know the truth.

When an organization sets out to fool the public, that’s a lie. That’s not PR. When an elected official or corporation’s communications strategy is to cover up, mislead or otherwise obfuscate the truth, that’s not PR. That’s deceit. And it’s bad communication strategy.

But when ethical public relations professionals apply the norms and standards of the profession and serve as skilled and honest communications counselors, we earn the trust and respect of the people our clients need to reach, influence and inspire. That’s good strategy, and that’s PR.

Kids ‘stack up’ in Michigan ERs as hospitals resist adding…